In the early 80s, while in my teens, I first heard hip-hop music and it was for me… there was simply something about it that spoke to me. It was the future. It was exciting and fresh. A musical genre in its infancy that was finding its way… learning who it was. It grew up over the years… it evolved… still learning about itself. It had a chance to sell out and took it. It embraced the good times and seemed to forget about the important things in life. Eventually it was even used and manipulated by its corporate bosses.

Thankfully hip-hop’s always had a double life. While the mainstream world thought it was one thing, it managed to keep a connection to the underground and was actually another thing. Unbeknownst to all but true heads, it continued to evolve. Today it exists in the form of the many independent EMCEEs, DJs and producers that continue to embrace it and push it and pull it and prod it and mold it and shape it into new forms that explore its past and its future. To the uninitiated, hip-hop is dead… it’s “gangsta”… it’s “jiggy”… it’s about rims… it’s about hoes & bitches… it’s uncreative… it’s stupid… it’s an embarrassment. Not true… well… only partially true… it is those things and so much more.

It’s south… it’s north… it’s east… it’s west… it’s everything in between. It’s malleable and that’s what makes it so incredible! When done well… it’s a thing of beauty. Down in Richmond, VA, there’s a crew called Just Plain Sounds. It’s a crew of talented producers, DJs and EMCEEs who are doing it well… making it beautiful. Real music for real souls to feel and connect with. The cast of creators involved in this Joey Ripps album are mostly from RVA, part of the JPS crew who are making good things happen down there. There’s also Badluck who makes an appearance on “My Block To Your Block” making the team Luck & Ripps a reality once again.

So I guess what I’m saying is that “Son Of 1,000 Pardons” is hip-hop done well. It’s that stuff that isn’t trying to “keep it real”… only trying to keep it honest.

Of course, as always, thank you! Thanks for listening & downloading. Keep the music moving… spread the word… share it… blog it… podcast it… oh and if you’re in radio… support Creative Commons artistry… broadcast it! 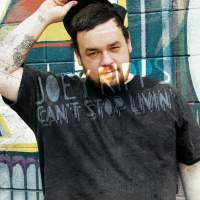 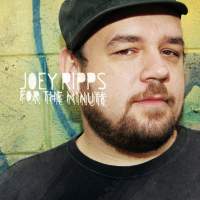